In the spring of 2004, David – the 8th Earl of Harewood – invited a group of monks from Bhutan to build a stupa in the gardens of Harewood House in Yorkshire. Join us in the Universal Hall for a film and book reading celebrating the extraordinary meeting of cultures that resulted in the Harewood Stupa.

A fantastically interesting story and book have led to this first benefit event. Writer David Lascelles and film-maker Judi Alston are joining us in the Universal Hall for a special event celebrating the publication of David’s Book, A Hare-Marked Moon and launch of Judi’s film, The Story of an English Stupa, which give insight into the extraordinary meeting of cultures that resulted in the Harewood Stupa.

David and Judi have very generously offered the evening as a benefit event for the Findhorn Foundation – deep gratitude to you both.

In the spring of 2004, David – the 8th Earl of Harewood – invited a group of monks from Bhutan to build a stupa in the gardens of Harewood House in Yorkshire. It was a step into the unknown for the Bhutanese. They didn’t speak any English, had never travelled outside their own culture, had never flown in an aeroplane or seen the ocean.

Theirs was one kind of journey. But the project was also a kind of voyage for David: an attempt to reconcile a deep interest in Buddhism with the 250 years that his family has lived at Harewood, the country house and estate originally built on money derived from the slave trade. For David, Harewood is a place he has loved, rejected, tried to make sense of and been haunted by all his life.

The event begins with the screening of Judi’s short film, shot in Bhutan and Yorkshire, which covers the making of the stupa. David will then read extracts from the book, followed by a Q&A and book signing (and of course coffee and cake!). 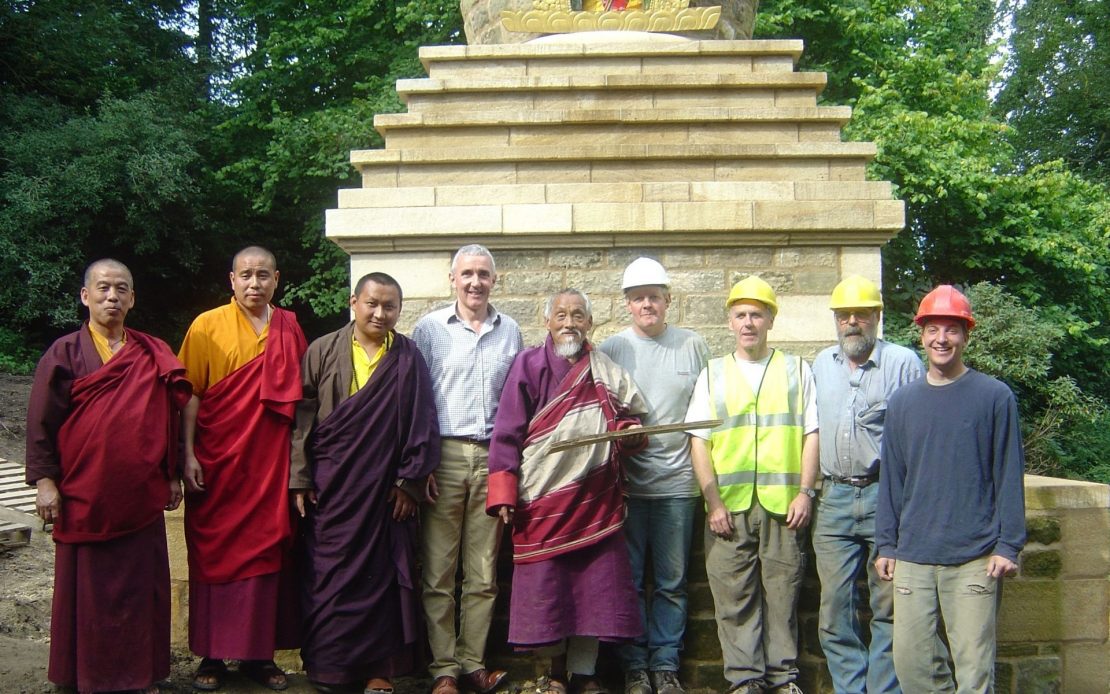 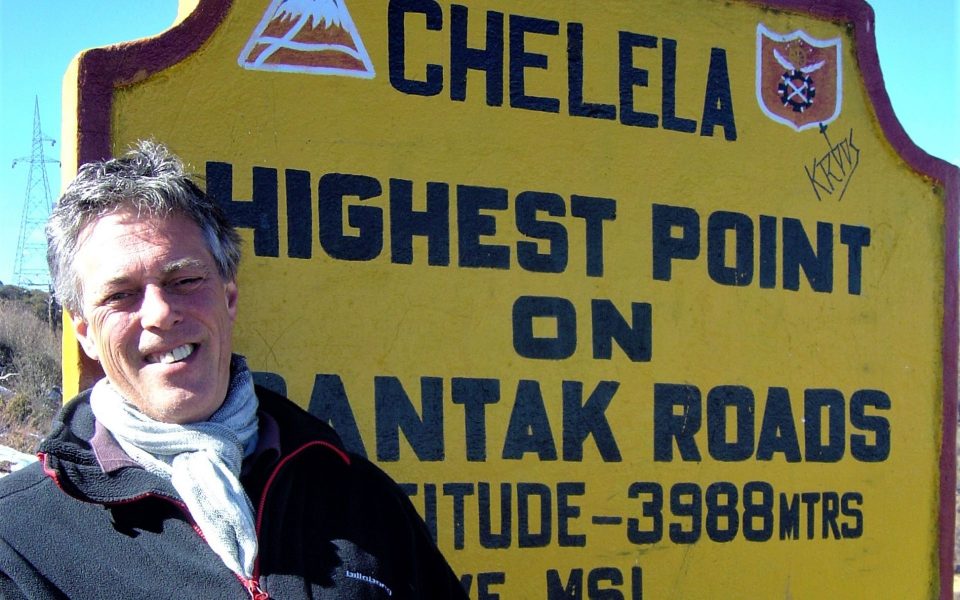 David Lascelles is a film producer of both documentaries and drama for television and the cinema. Several of his films have been nominated for awards, including Inspector Morse, Wide-Eyed and Legless, Moll Flanders and Richard III.

He lives at Harewood in Yorkshire, which has been his family’s home since the eighteenth century. Following the death of his father in 2011, he became the 8th Earl of Harewood.

For many years he was chair of Harewood House Trust, the educational charitable trust that looks after the house, gardens and collections for the public benefit. David has travelled widely in the Himalayas. A Hare-Marked Moon (ISBN-13 : 978-1783529308) is his first book. 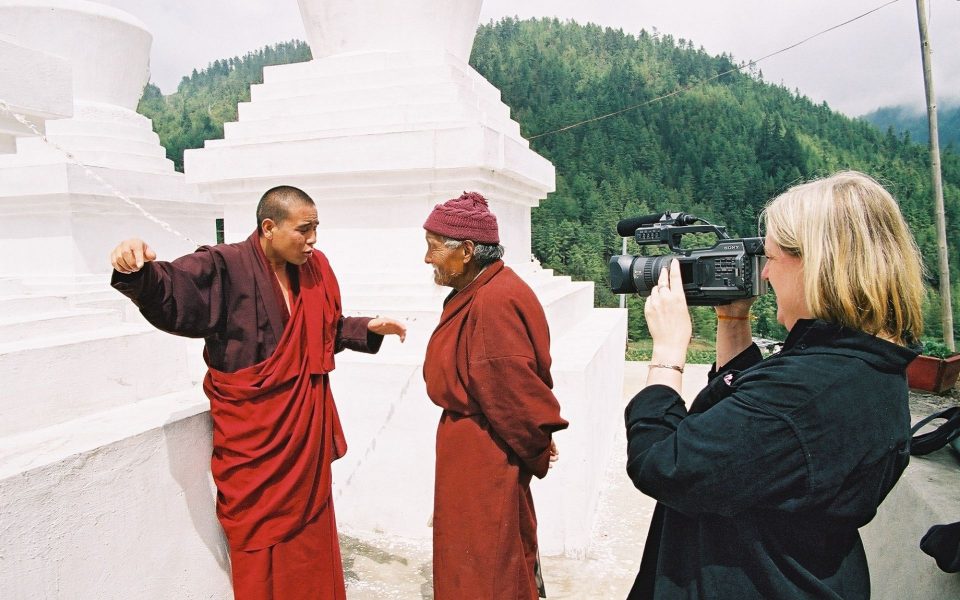 Judi is a documentary film maker with over 30 years’ experience working in film and the arts. Her broadcast TV credits include Camera, Director, Producer, and Editor.  Judi’s work is commissioned and funded by NGOs, universities, arts and heritage organisations, and public health organisations – to name a few.

The Story of an English Stupa Trailer

Creating Findhorn Where You Are

An online journey, walking together through eight steps that connect you with the essence of the Findhorn Foundation and help you thrive in the world, wherever you are.
EcovillageMindfulnessNature connectionSpirituality

Join us for a week of sacred dance, global music and a variety of international musicians and dancers for workshops and celebration.
DanceEventMusic

The trending urban concept of 20-minute neighbourhoods can learn a lot from ecovillages – and Findhorn’s ecovillage could be an inspirational prototype.
Ecovillage

Findhorn Fellows and friends are among the world's 100 Most Spiritually Influential Living People for 2022, chosen by Watkins Mind Body Spirit magazine.
HeritagePeople