We have added extra Experience Weeks to the calendar! Please check this page for updates.

I still remember the very deep breath I took, that day in March 2020, when I effectively closed myself off from the outside world – locked in by a combination of Covid-19 and my extreme health problems.

A serious back injury nine months earlier had left me unable to walk more than a few paces and the path to my garden seemed long and challenging.

I was entirely alone, communicating with the outside world by email, Facebook, telephone and a type of semaphore used by friends and neighbours outside my front window. I became accustomed to silence, to my own thoughts and almost resented the intrusiveness of well-meaning phone calls.

In the street outside my window, masked villagers went about their restricted daily tasks. Empty buses continued to run their route.

When I closed the door, I had no idea how I would live my life, how I would fill my time. I wondered how others were coping and especially how my friends at Findhorn were adapting to something so life changing.

Clicking onto the Findhorn Foundation website, I happened upon the first of what are now called Nature Walks (or ‘lovestreams’). I shouldn’t have been surprised that community members saw the need, and the way, to reach out to the wider community – to those of us who were, and to some extent still are, cut off from physical contact with those they knew and loved.

So, about three weeks into my isolation, ‘I’ became ‘we’. I became a ‘walker’ – part of a huge group of Findhorn exiles who, for a magical half hour each day followed first Michael, later Yvonne, as they livestreamed beautiful and interesting walks from around the Findhorn area. 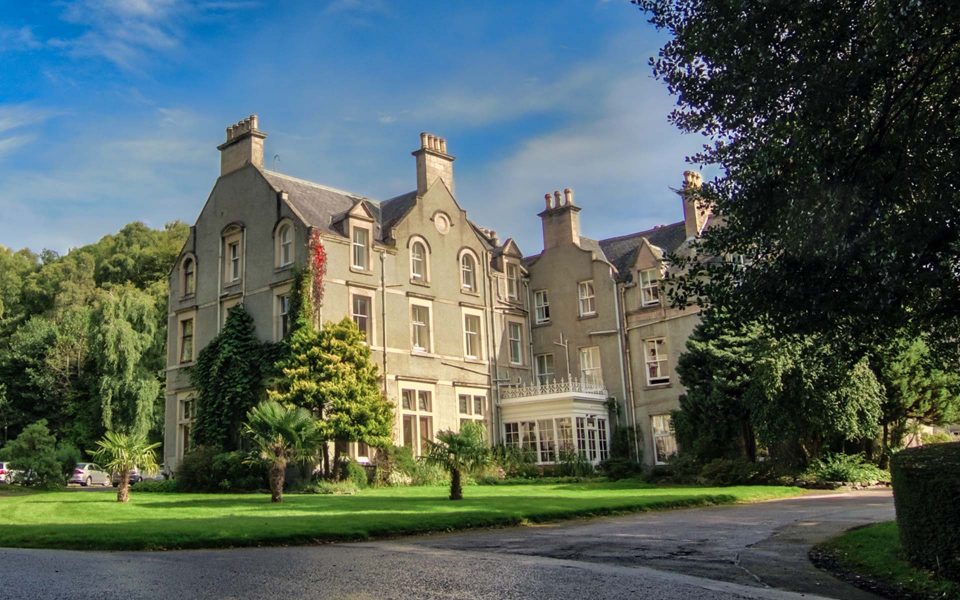 Not only walk, but talk… By messaging we could have contact, not only with the person leading the walk, but with each other. A whole new world, a whole new community opened up as the ‘walkers’ got to know each other and became friends. And I was part of it.

The walks go on. Other walk leaders, including Britta and Dominique, have been introduced. Yvonne now livestreams to us, on occasions, from across the UK, expanding our horizons.

And it was Yvonne who happened to mention the other day that she was walking towards Cluny. I responded that I felt I am always walking towards Cluny, my spiritual home. I have no idea whether, physically, I shall ever be there again, but, in my heart, with the help of my new community, I keep walking. 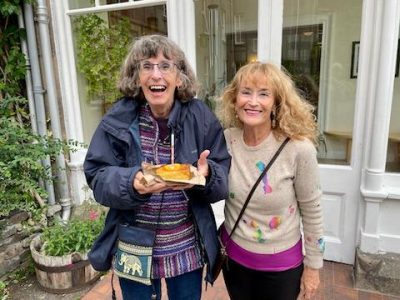 Elyn with Yvonne at Cluny

The great news is that Elyn did get to Cluny! She joined the Festival of Sacred Dance here at Findhorn in July, and visited Cluny on her birthday. And word is, she may be back again…

The ‘lovestreamed’ online walks were started by Michael Mitton at the beginning of the Covid lockdown in 2020, and continue today with Yvonne Cuneo. You can watch on Facebook or here on the website – tune in at 4pm on Mondays and Fridays. There’s no telling where Yvonne might be!

Cluny is a grand Victorian building on the hill above Forres – a former hotel and spa. It’s now part of the Findhorn Foundation, and hosts many of the courses and workshops run by the Foundation.

If you are able to travel to Cluny, there are three ongoing retreats you could join to experience the magic of Findhorn and this site.

(For both these last retreats we ask that you have done Experience Week or English in Community at some time.)

We’re all just walking each other home

For the past two years Yvonne Cuneo has been taking thousands of people from around the world for walks in nature – all online. For many they've been a lockdown lifesaver.
CommunityHeritageNaturePeople

Ruby Wax, a firm friend of the Findhorn Foundation, has been re-evaluating her life...
MindfulnessNature
Previous Article