In the pre-dawn hours of 12 April 2021, the community at The Park in Findhorn woke to a terrifying sight: fierce flames leapt metres into the sky as two buildings at the heart of the community burned to the ground. People sleeping in homes just metres from the inferno were hurriedly evacuated as seven fire crews battled to contain the blaze.

Fear and shock spread as it became clear the fires had been set deliberately, raizing the Community Centre (CC) and the Sanctuary to the ground – two buildings that had been the community’s main gathering places for around 50 years.

The fire-starter was a member of the community, a coworker at the Findhorn Foundation charity, who had recently been made redundant. 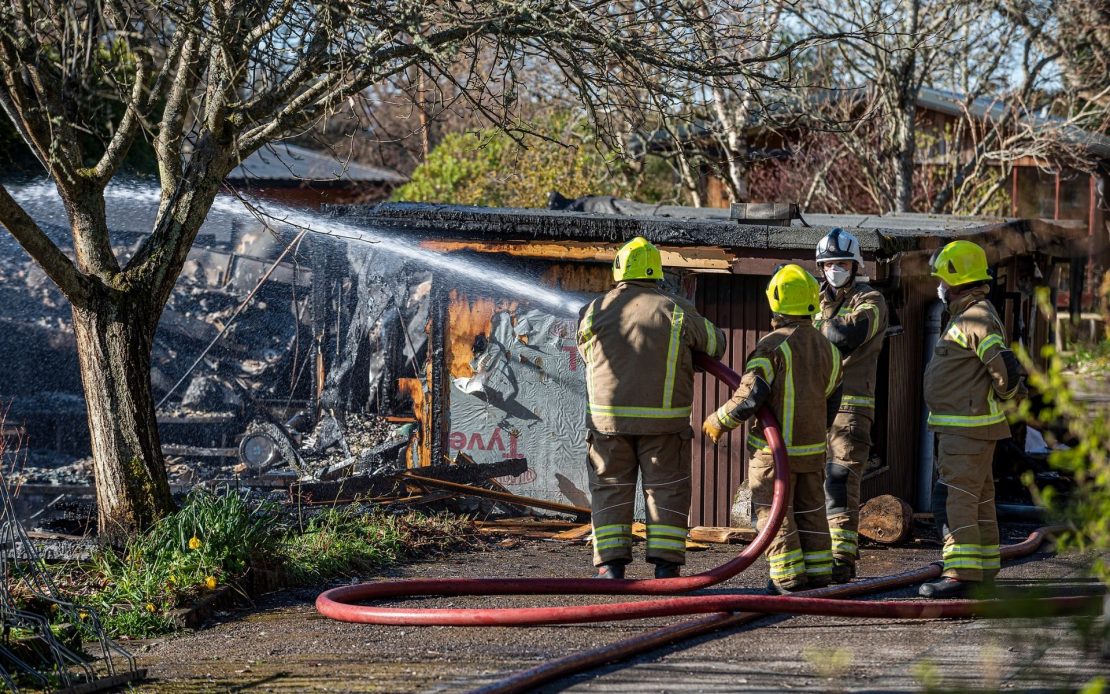 So much can change in a year. On Tuesday (12 April) the community marked the anniversary of the fires with a celebration of life, love and laughter, gathering together in the spring sunshine in a new CC garden that has been lovingly nurtured to cover the scars left by the fire. There was dancing on the green led by Jonathan Caddy, son of the community founders – an early taste of May pole dances! 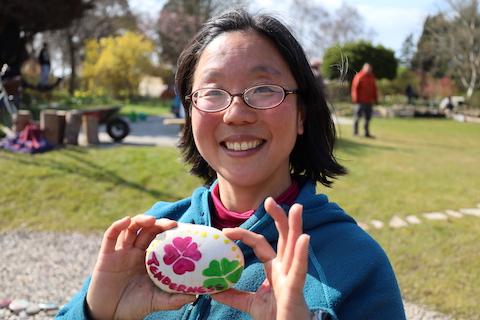 For most of the year the CC area has been fenced off, first while it was unsafe and being cleared, and then later as the garden was beginning to grow. Now it’s brilliant to see people enjoying the space again, sitting or lying on the grass and sharing a picnic in the sun.

Soft green grass now covers the CC space, with a fountain where the CC Extension used to be, bringing the healing energy of water into the area. ‘There’ll be picnic tables in what was the kitchen, so that this can be a community area again,’ said Yuko Sato of the Park Garden team.

There are also six beautiful new benches – four in the CC Garden and two at the Main Sanctuary site. They were made from the Scots pines that stood next to the Main Sanctuary in the nature area of the Original Garden. Although they survived the fires, they had been too badly weakened.

‘If you look closely you can see darker areas on the benches where the trees were impacted by the fire. What a graceful way of creating something beautiful, useful and new out of the old which we loved but needed to release,’ said Yuko.

Other trees lost in the fire have also been milled and will be used to build a new, bigger Sanctuary, which has been designed in a joint community process. There have been several community-wide consultations to explore where the new sanctuary should be, and consensus was that it will be built in the same area. A diverse team representing different groups and organisations within the community have been working together on a design, which has now been agreed. The community is now being invited to give its feedback.

The new sanctuary will be larger than the previous one, so it can better meet the needs of the community.

‘There’s still a lot of grief reverberating through the community. It was a shocking event – lives could have been lost,’ said Foundation lead steward Caroline Matters.

‘Most community members, however, are keen to support the rebuilding and the opportunity this brings to create a new sanctuary and community centre for all to enjoy. Our focus now is on coming together as a community. We are starting with a new Sanctuary and hope to break ground by the end of this year, perhaps around the community’s 60th birthday in November. Building the new community centre will take more time.’

Ash Balderson, also in the Park Garden team, added: ‘I’m so happy in my heart and full of love for the life that’s come back in this beautiful space that we’re creating together.’ 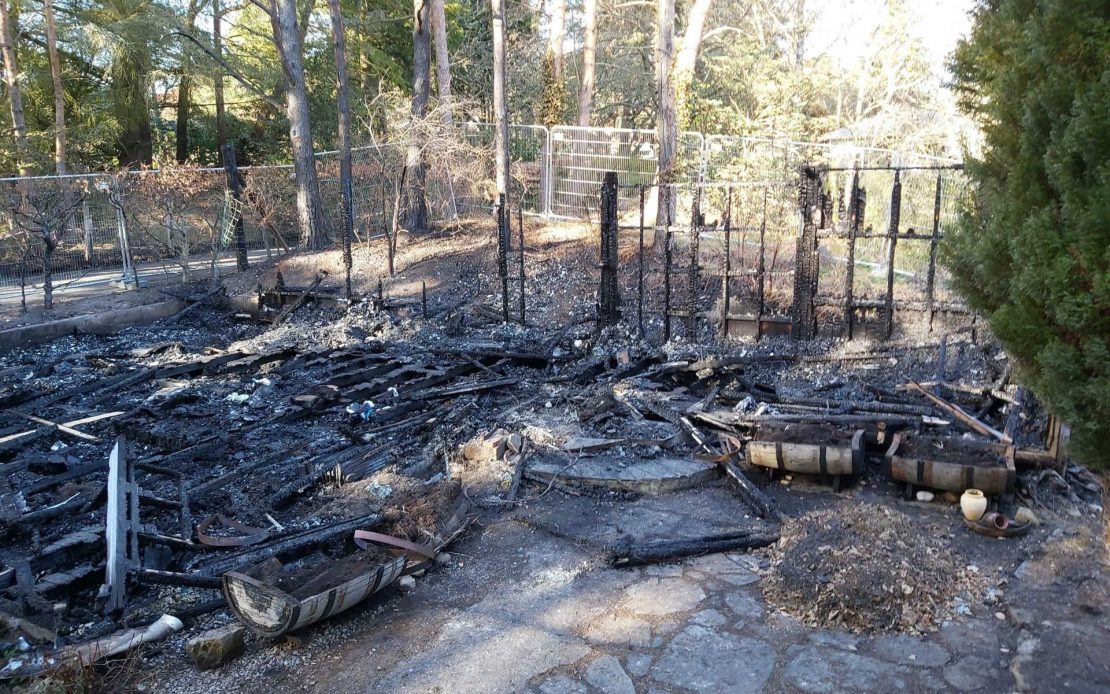 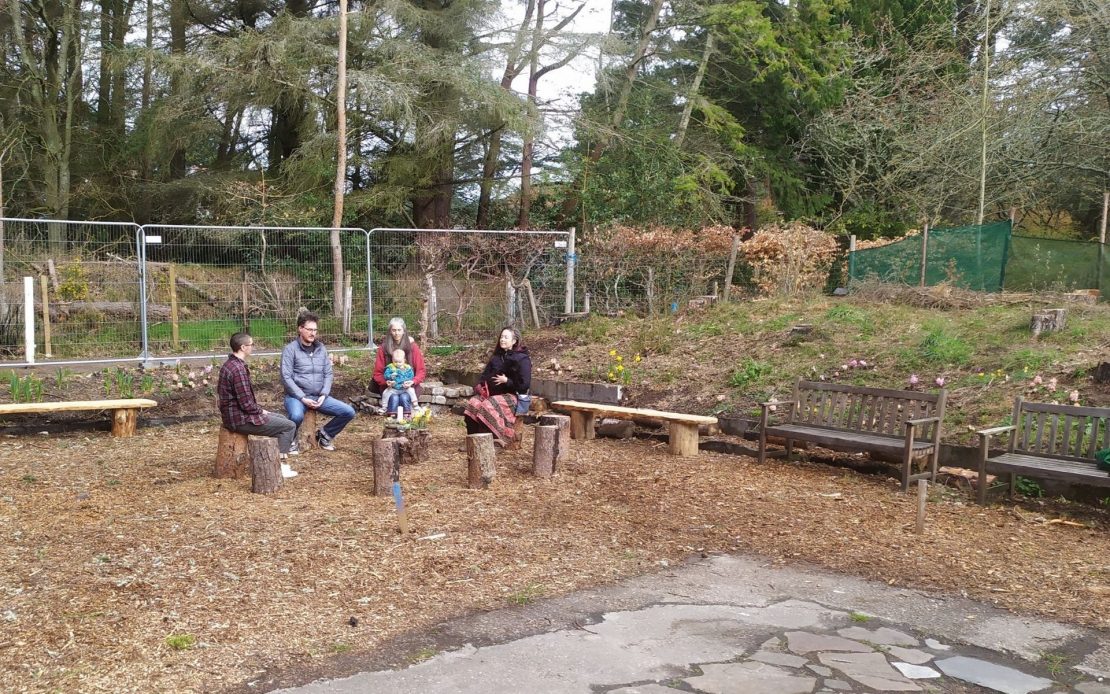 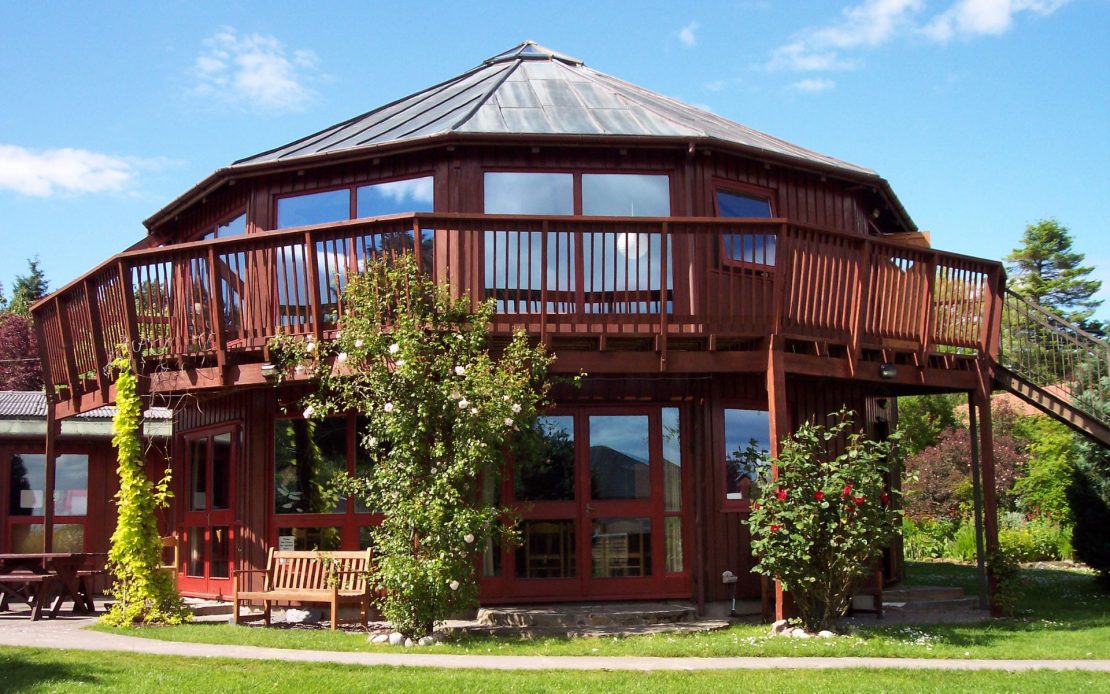 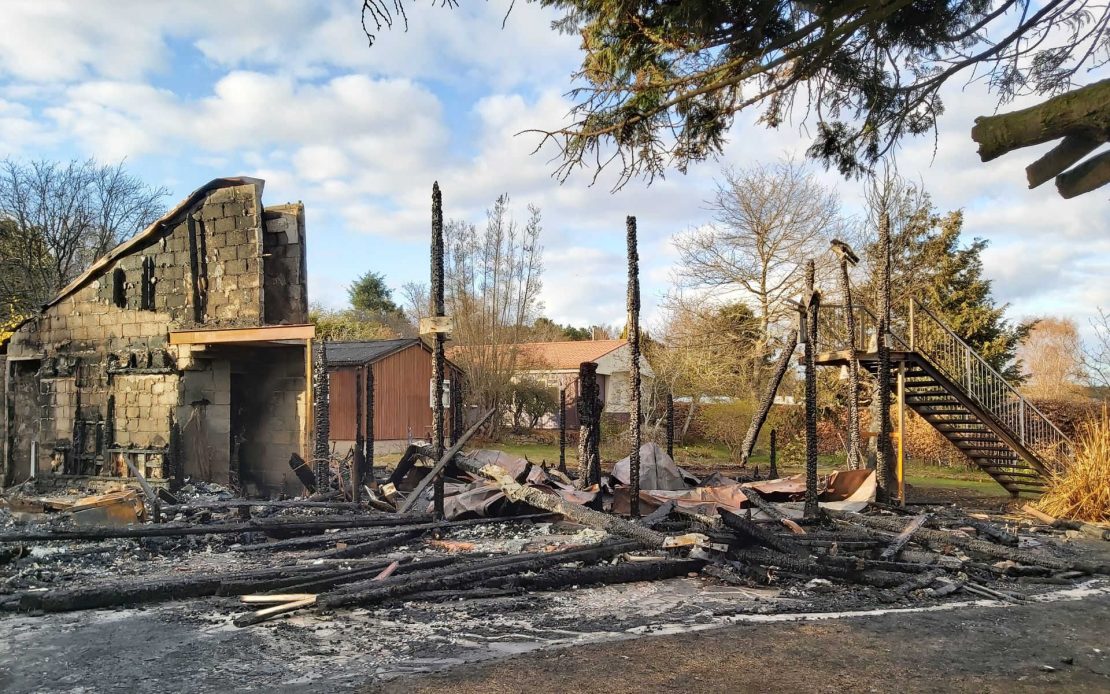 Join us for a week of sacred dance, global music and a variety of international musicians and dancers for workshops and celebration.
DanceEventMusic

Our core workshop, seen as a turning point by so many participants. Build inner resilience and develop deeper connection while embracing community living.
EcovillageMindfulnessNature connectionSpirituality

The Sanctuary – destroyed by fire in April 2021 – was a clear instance of co-founders Eileen's guidance and Peter's acting on it.
HeritagePeople

A magnificent stained-glass Firebird was lost in fires here in April 2021 – but out of that tragedy has come a miracle of manifestation.
HeritagePeople

Deeply rooted in our past, we are embracing the New: welcome to our new logo, new website, and a new Findhorn Foundation beginning.
HeritagePeople
Next Article